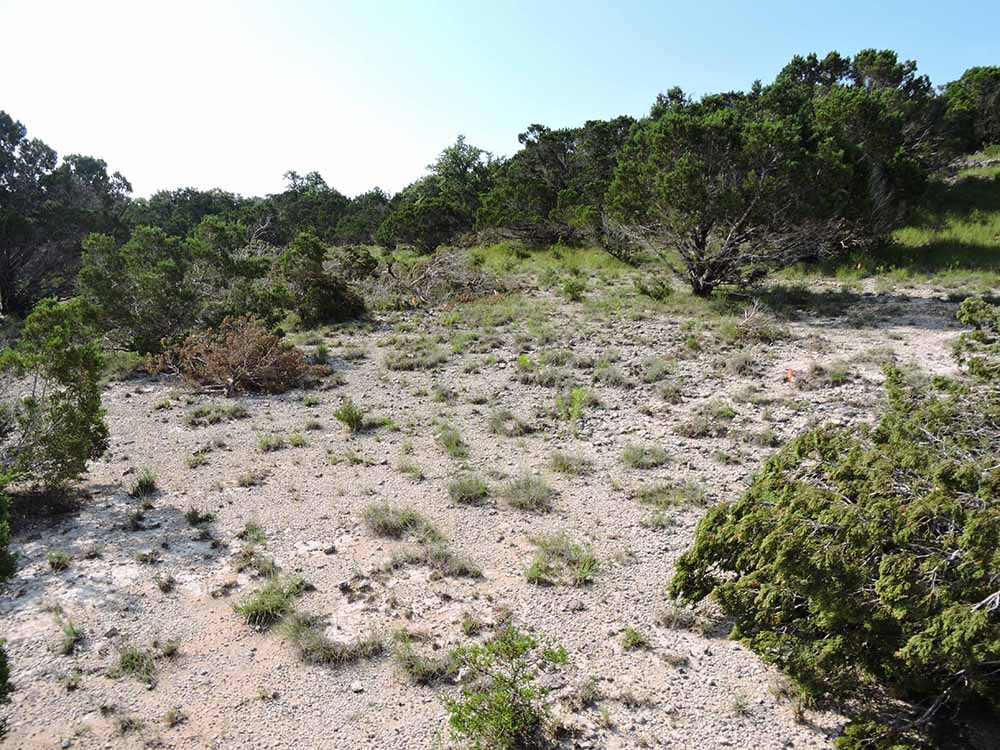 Flooding in the Texas hill country is largely a result of the locations unique climate and geography. In the fall of 2016 Leslie Lee wrote for the Texas Water Resource Institute:

“Major flash floods are common along the Balcones Escarpment because of two factors prevalent in the region, according to experts: intense rainfall events and efficient drainage off the landscape.

“The region has some of the highest flood discharge per unit area of a drainage basin in the country,” said Dr. Richard Earl, professor in Texas State University’s Department of Geography. Earl, who joined the department in 1991, has studied flooding hazards for decades and has experienced numerous floods in San Marcos.

High rainfall intensities are common in the region because there’s an infinite source of moist air from the Gulf of Mexico, he said.

Over Texas, these moist, warm air masses from the Gulf collide with cool air masses from the north and moisture flow from the Pacific, said Dr. Nelun Fernando, hydrologist at the Texas Water Development Board (TWDB). When warm and cool air masses combine, it results in instability as the warm air rises above the cool air. Additionally, the Balcones Escarpment’s hilly terrain acts as a “ramp” for the fronts and “enhances what was already taking place between the two air masses,” she said.

“The rising air condenses and that creates rainfall,” Fernando said. “That effect gets concentrated over the Balcones Escarpment, and if very slow-moving frontal systems come through, such as what happened with the 2015 Memorial Day storms, then this constant stream of moisture from the Gulf will produce many inches of rainfall over a short period.”

This is called an orographic effect, where a change in elevation causes moisture-laden winds to deflect upwards and cool, resulting in rainfall, said Dr. Robert Mace, TWDB deputy executive administrator for water science and conservation.

“The transition between the Gulf Coastal Plain and the Hill Country is recognized nationally as a place where topographic changes cause these intense, localized floods,” he said.

Combined with its propensity for intense rainfall, the region’s rocky topography makes it flood-prone.

“The Hill Country is karst terrain, so it’s limestone that tends to erode in beautiful ways, but along with that beauty you get thin soils, hard surfaces and steep hills, and that all serves to funnel rainfall very quickly into restricted valleys,” Mace said.

Such terrain is created by the Balcones Fault zone, expressed on the surface by the Balcones Escarpment, which “goes through the heart of Texas,” Mace said. Along the escarpment and in areas just north and west of it, almost the entire landscape is sloped.

“It is fluvially dissected, which means that when it rains, the water doesn’t sit there — it runs off into the streams,” Earl said. “That’s hydrologically efficient drainage. When it rains, it just rushes into the streams and you get really intense increases in the amount of flow in the stream.”

Clay-rich soil types in the region are another contributing factor because once they are wet, clay soils have low infiltration and high runoff.

“And, much of the rural landscape is overgrazed,” Earl said. “Combine that with the fact that there’s increased impervious cover around cities and suburban areas — all of these things work together, almost in perfect combination to result in extreme floods.””

While this article states that there is an infinite supply of warm and moist air from the Gulf of Mexico there are also times of drought in the hill country. Often intense rainfall delivers much of the years rain all at one time. Although the geography is efficiently draining like Dr. Earl said, the karst limestone and high calcium soils also have a high rate of percolation. Karst limestone is much like a sponge, full of fissures and a honeycomb of holes that create underground rivers, water cannot pool on the surface for long because of the permeability of the bedrock. The high calcium soils in the hills have the ability to infiltrate water very rapidly because the clay particles in high calcium clays stand apart electrochemically. This is why ponds built in caliche do not hold water unless there is an existing high water table. These conditions give the opportunity for heavy rainfall to be pacified and infiltrated if the water can be slowed, spread, and sunk into the soil. The geography and soil conditions of the uplands in the hill country can be used to harvest flash flood precipitation and used to recharge shallow groundwater and aquifers turning the problem into the solution. By using the limestone hills as water storage tanks it is possible to harvest enough water to keep the aquifers full and rivers running year round while also limiting damage from flooding. Many flood events produce enough precipitation to supply all the water that central Texas needs, it needs only to be harvested and stored high in the hills as long as possible. 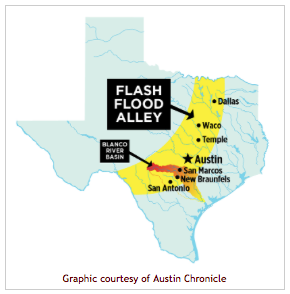 Reducing runoff starting from the hilltops protects the already eroded and thin layer of topsoil and allows nature to use water for topsoil regeneration via organic matter production. According to the NRCS every 1% of organic matter in the first six inches of topsoil holds 27,000 gallons per acre. Protecting and regenerating our topsoil is key to preventing flash floods in the Texas hill country.

Climate of the Mind

It is also important to consider the climate of the human mind that occupies this region. Flooding in the hill country can be better understood by analyzing the way decisions about land management are made by the population, in general. 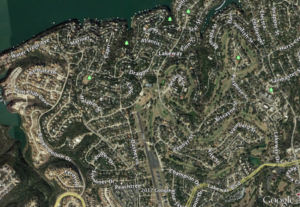 The natural beauty of this region increasingly attracts more residents and development. Hilltops and plateaus are cleared and used as building sites, which not only creates impervious cover at the top of the watershed but also reduces the hilltops ability to absorb precipitation. The result is a lowered water table beneath the hills, and is exasperated by well pumping as population continues to grow. This increase in runoff gains incredible amounts of energy as it moves down the steep slopes. This high-energy runoff is then channelized in waterways, destroys riparian zones and the real estate adjacent. Overdeveloped waterways in the hill country no longer have stable riparian ecosystems that can buffer the damaging floodwaters because they have been replaced with homes, roads and amenities. Developments are designed and engineered around drainage, but can be balanced with designed infiltration and runoff mitigation. 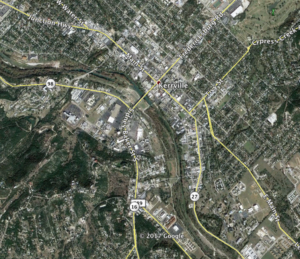 Development on the Guadalupe River in Kerville, Tx

Rural landowners in the hill country have tremendous ability to harvest water and regenerate their springs. Overgrazing leaves hilltops barren and compacted. Runoff from overgrazed hills channelizes in waterways causing destruction in riparian areas. River terraces in agriculture are often left barren half of the year with no vegetation to allow infiltration of water into the soil. Bare soil created in ranching and agriculture contributes massive runoff and landscape wide dehydration. This is commonplace and generally acceptable in rural communities. However, it is now becoming clear that farming and ranching is more profitable when water is managed to increase soil fertility. Losses during droughts and floods can be mitigated and the integrity of the land is stabilized.

Both rural ranch lands and quickly developing suburban areas could benefit immensely by taking advantage of the unique climate and geography of the Texas hill country. Everyone has contributed to the flood and drought problem in some way, all need to work together to stabilize it. Both flooding and drought can be mitigated by thoughtful design and using the opportunities that nature provides.